Many areas of the economy have contracted, but the housing market has stayed remarkably strong. Can the good news last?

When COVID-related shutdowns began in March, real estate brokers and clients scrambled to respond to the shift. Record-low interest rates caused some lenders to call a halt to new underwriting, and homeowners debated whether or not to put their houses on the market. However, those first days of uncertainty ushered in a period of unprecedented demand in the U.S. real estate market, which ended the year with increasing average home prices (up 13.4% from the previous year) and shrinking days on market (13 fewer than in 2019).1

Now, as the spring market approaches, you may be wondering whether the good times can continue to roll on. If you’re a homeowner, should you take advantage of this opportunity? If you’re a buyer, should you jump in and risk paying too much? Below we answer some of your most pressing questions.

How is today’s market different from the one that caused the 2008 meltdown?

At the beginning of the pandemic, fears of an economic recession and an ensuing mortgage meltdown were top of mind for homeowners all across the country. For many buyers and sellers, the two seemed to go hand in hand, just as they did in the 2008 economic crisis.

In reality, however, the conditions that led to 2008’s recession were very different from those that triggered the current downturn—and this time, the housing market is the source of much of the good news.2 This is in line with historical patterns, as housing prices traditionally hold steady in the face of recession, with homeowners staying put and investors putting their money into bricks and mortar to ride out uncertainty in the stock market.

This time around, because of lessons learned in 2008, banks are better funded, homeowners are holding more accrued equity, and, crucially, much of the economic activity is focused on financial factors outside the housing market. As many industries quickly pivoted to work-from-home, early fears of widespread job loss-related foreclosures have failed to materialize. Federal stimulus payments and the Paycheck Protection Program also helped to offset some of the worst early effects of the shutdown.

Are we facing a real estate bubble?

A real estate bubble can occur when there is a rapid and unjustified increase in housing prices, often triggered by speculation from investors. Because the bubble is (in a sense) filled with “hot air,” it pops—and a swift drop in value occurs. This leads to reduced equity or, in some cases, negative equity conditions.

By contrast, the current rise in home prices is based on the predictable results of historically low interest rates and widespread low inventory. Basically, the principle of supply and demand is working just as it’s supposed to do. In addition, experts predict a strong seller’s market throughout 2021 along with increases in new construction.3 This should allow supply to gradually rise and fulfill demand, slowing the rate of inflation for home values and offering a gentle correction where needed. 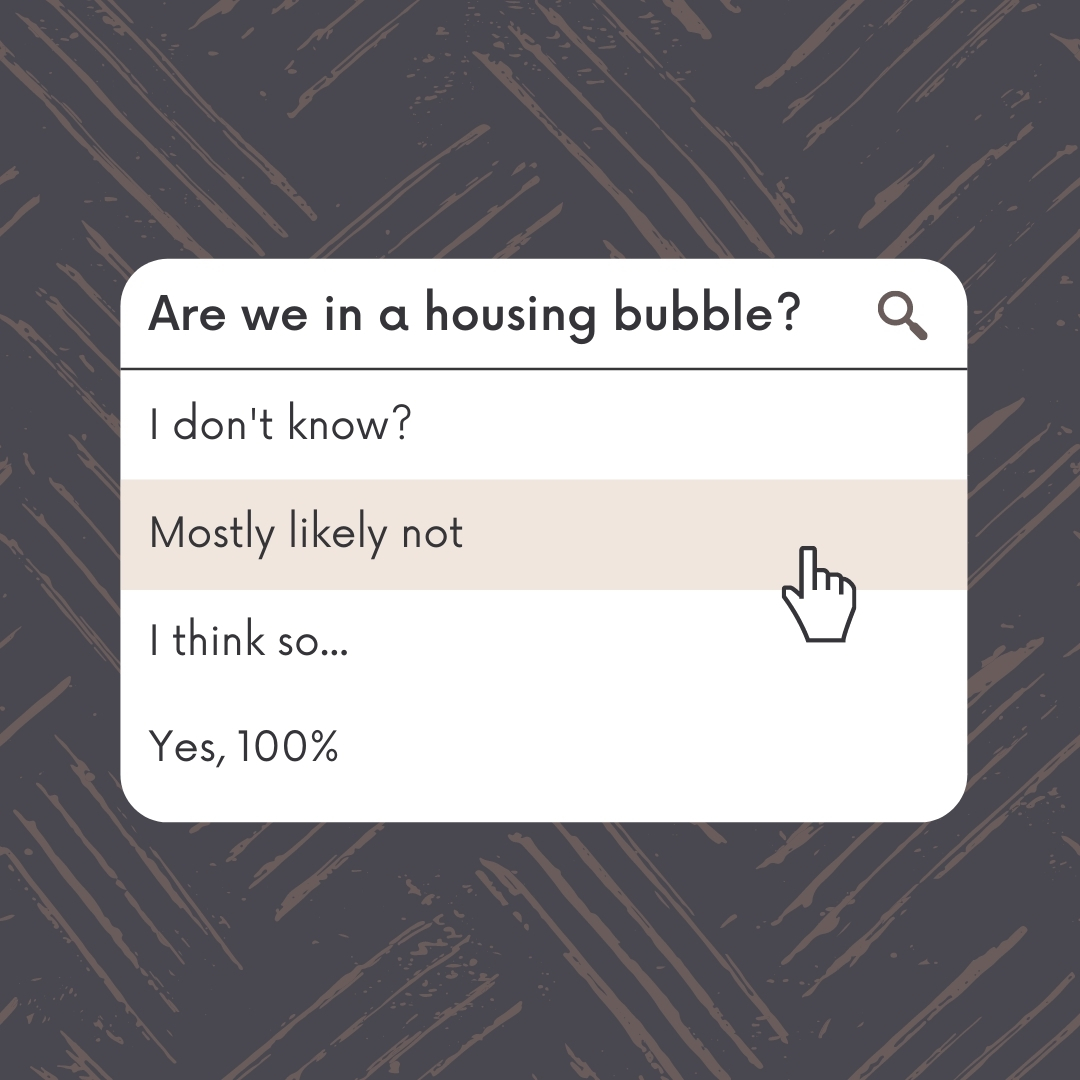 According to Freddie Mac, rates are projected to continue at their current low levels throughout 2021.4 This contributes to home affordability even in markets where homes might otherwise be considered overpriced. These low interest rates should keep the market lively and moving forward for the foreseeable future.

Continuing low inventory is another reason for higher-than-average home prices in many markets.5 This should gradually ease as an aggressive vaccination rollout and continuing buyer demand drive more homeowners to move forward with long-delayed sales plans and as new home construction increases to meet demand.6

One of the big stories of 2020 was a mass exodus from attached home communities and high-priced urban areas as both young professionals and families fled to the larger square footage and wide-open spaces of suburban and rural markets. This trend was reinforced by work-from-home policies that became permanent at some of the country’s biggest companies.

Speculation then turned to the death of cities and the end of the condo market. However, it appears that rumors of the demise of these two residential sectors have been greatly exaggerated.

With the first vaccine rollouts, renters have begun returning to major urban centers, attracted by the sudden rise in available inventory and newly discounted rental rates.7 In addition, buyers who were previously laser-focused on a single-family home responded to tight inventory by taking a second look at condos.8 While nationwide condo prices continue to lag behind those of detached homes, they’ve still seen significant price increases and days on market reductions year over year.

In addition to these improvements, the 2020 migration has spread the economic wealth to distant suburban and rural enclaves that normally don’t benefit from increases in home values or an influx of new investment. As many of these new residents set up housekeeping in their rural retreats, they’ll revitalize the economies of their adopted communities for years to come.

How has COVID affected the “seasonal” real estate market?

Frequently, the real estate market is seen as a seasonal phenomenon. However, the widespread shutdowns in March 2020, coming right at the beginning of the market’s growth cycle in many areas, has led to a protracted, seemingly endless “hot spring market.”

While Fannie Mae’s chief economist Douglas Duncan predicts slower growth from 2020’s historic numbers, the outlook overall is positive as we embark on the 2021 spring selling cycle.9 Duncan anticipates an additional lift in the second half of 2021 as buyers return to business as usual and look to put some of their pandemic savings to work for a down payment. Thus we could be looking at another longer-than-usual, white-hot real estate market.

How will a Biden administration affect the real estate market?

Projected policy around housing promises to be a boost to the real estate market in many cases.10 While some real estate investors bemoan proposed changes to 1031 Exchanges, the Biden plan for a $15,000 first-time homebuyer tax credit aims to increase affordability and bring eager new home buyers into the market. In addition, Biden-proposed policy pinpoints low inventory as a primary driver of unsustainable home values and is geared toward more affordability through investments in construction and refurbishment.

Overall, according to most indicators, the real estate news looks overwhelmingly positive throughout the rest of 2021 and possibly beyond. Pent-up demand and consumer-driven policies, along with a continued low-interest-rate environment and rising inventory, should help homeowners hold on to their increased equity without throwing the market out of balance. In addition, the increase in long-term work-from-home policies promises to give a boost to a wide variety of markets, both now and in the years to come. 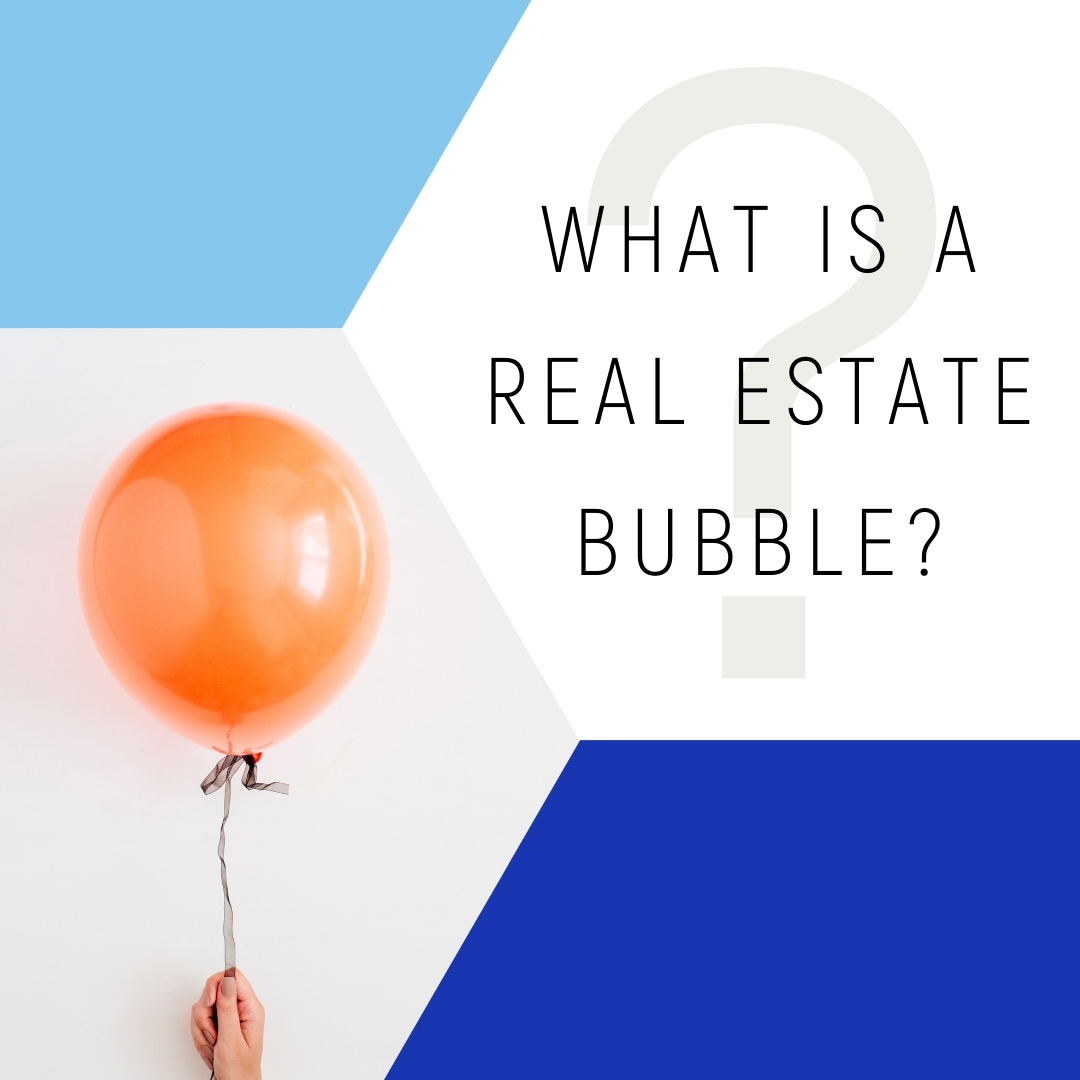 STILL HAVE QUESTIONS? WE HAVE ANSWERS

While economic indicators and trends are national, real estate is local. We’re here to answer your questions and help you understand what’s happening in your neighborhood. Reach out to learn how these larger movements affect our local market and your home’s value.

See how Austin TX Search can help with your real estate needs!

Are you sure you want to delete this?